In her wonderful little essay “The Bathroom,” Zadie Smith writes, “I do think every family home is an emotionally violent place, full of suppressed rage, struck through with profound individual disappointments.” In Henning’s View From True North, this is epitomized and amplified – the home is physically violent, full of expressed rage, and “disappointments” is an understatement, perhaps better substituted with “profound individual traumas.”

In this collection, the members of the family are held together as much by their cruelty toward each other as by affection or love. This cruelty is a shared legacy, an inheritance the speaker worries over. In “For My Uncle, Who Learned to Fly,” Henning writes,

I think of my uncle,
knees down in wildflowers, the day
my mother broke his arm. I imagine the clash
over a blue ukulele,

his ulna split by its cheap wood,
the way the nylon strings feathered
his skin.

The scene is given as though the speaker were there – “I think…of the day”—and the subsequent description bears no mention of a mediating photograph or the mother narrating the event to her, which was most likely how she came by this knowledge. The memory of the broken arm has become a narrative, which has become a collective memory shared by the family, a theme in complex tension with the grandfather’s loss of memory, detailed in many of the poems. Much of this image is beautiful—the wildflowers, the musical instrument, “the way the nylon strings feathered / his skin,” but the image is ruptured, with the boy’s arm, by an act of violence – a “clash” that could be resolved no other way but with violence against a body.
The violence of the image tinges the rest of the poem. In the penultimate two stanzas, she writes,

Before my uncle
leaves for boot camp, he’ll hold his sister’s
wrist until she vines her fingers around his thumb
sequined with nicotine

stains. It is the last time
his hands will plot her vein’s smooth
tributaries, trail the map of scars to her pulse.

Without the broken arm, without their father forcing them “into the cellar” and spurring them to fight, this physical touch could read as affection, as reluctance to part ways. Instead, it sounds as though they seek to hold each other hostage, an impulse biologically threaded through them – how “vines” slants to become “vein’s,” suggesting their polarity to be heritable, woven into their DNA. The parting that would be a sorrow comes as a relief instead.

The dark subtlety of this clash of proximate bodies appears again at the shooting range in “Other Planets, Other Stars,” where the speaker observes her mother and aunt:

I watch through bulletproof glass

how my mother now mimes the length
of the pull, metal jacketing the bullet’s scorching interior.
I want to be a planet far from this

sisterhood of Kepler data, where silhouettes
of men exert strong centrifugal force. I want
to be a soft glint of rock heralding her own

inertia, body without magnetic field
distorted by another celestial urging—aim the muzzle
like a solar tsunami. Detonate or run.

The violence of the family home comes to us, tragically, in the metaphor of the natural order; as celestial bodies lightyears apart push and pull and destroy each other, so do these human bodies. The speaker’s longing, remarkably, is for isolation, because here, intimacy is “distortion,” “urging,” an arena of carefully practiced pain.
The force of destruction at the center of the family—and thus the book—is the grandfather. He is a mysterious, provocative figure, both obscured and revealed in the collection, which unfolds with the satisfaction of a narrative, moving us toward his memory loss (Korsakoff’s syndrome), death, and cremation. Tale of his abuse is harrowing, as explored in the poem “Drunk Again, He Pushes Her,” and many others, such as “The Things of the World Go On Without Us”:

I recall his anger—a sea nettle

pulsing and flaring in the night-stained deep.

Flushed and plastered, he’d tell my mother—If someone

would hit her, she’d be a better girl. Top-shelf

non sequitur cascading from the office.

One of the most striking virtues of Henning’s work is the musicality, at times so rich and lovely as to bring into even sharper relief the brutality of her subjects. The consonant sounds of the sea nettle “pulsing and flaring” reverse in the next line to “flushed and plastered,” suggesting the volatility of this home. In Henning’s deft hands, even the way “hit her” and “better” rhyme internally in the grandfather’s mouth becomes a song, a way he collaborates, unwittingly, with her agency in telling, and thus shaping, their family history.

Many poems suggest the grandfather’s insidious, predatory nature—“I have no words… / for why he’s trusted with girls—sisters, nieces, the next ripe surge of daughters— / why my aunt won’t leave him alone with her son” (“The End of the Unified Field”). These heralds of trauma come to clarifying climax in the poem “Through a Glass Darkly,” which I think may be best summed in this question from a few poems later: “What is the body / but an autobiography of secrets?” (“The Things of the World”). Here is the mother’s grueling discovery after his death in “Through a Glass Darkly”:

What she found—Polaroids glued on back leaves. Naked men posed over beds, their hard cocks stretched on their bellies like sunning garter snakes. Barely legals standing akimbo, underwear cupping their scrotums. Entries itemizing names, price paid in US dollars, dimensions of each organ limp and aroused. The positions in which he fucked them.

One of only two prose poems, and written in the most straightforward, unembellished language of the book, “Through a Glass Darkly” reads as the moment much of this tormented, tormenting man comes into focus, for family and reader alike. In his preface to Leaves of Grass, Whitman wrote, “the poet judges not as a judge judges, but as the sun falling around a helpless thing.” Henning’s poems manage to extend this generosity even toward a person who, in many ways, seems inhuman. To close “Through a Glass Darkly,” she writes, mercifully, “Instead, I’m writing on the first blank page I can find, you should have loved who you wanted. // I’m writing, to save you would have meant the end of both of us.”

The opening poem pleads, “Let me know heirloom / from hazard,” and that worry suffuses the book—that one man’s cruelty is the speaker’s true inheritance, psychologically and genetically. Perhaps in resistance to this unwanted lineage, Henning’s collection stitches together language from many others—Wallace Stevens, David Wojahn, Jorie Graham, even Bon Jovi, to name a few—which has the effect of creating a new lineage, a literary one, to supplant the curse of the other. It’s a rescuing, radical quality of poetry, and one of the reasons Henning’s poetic voice sings so vulnerably, so intrepidly. 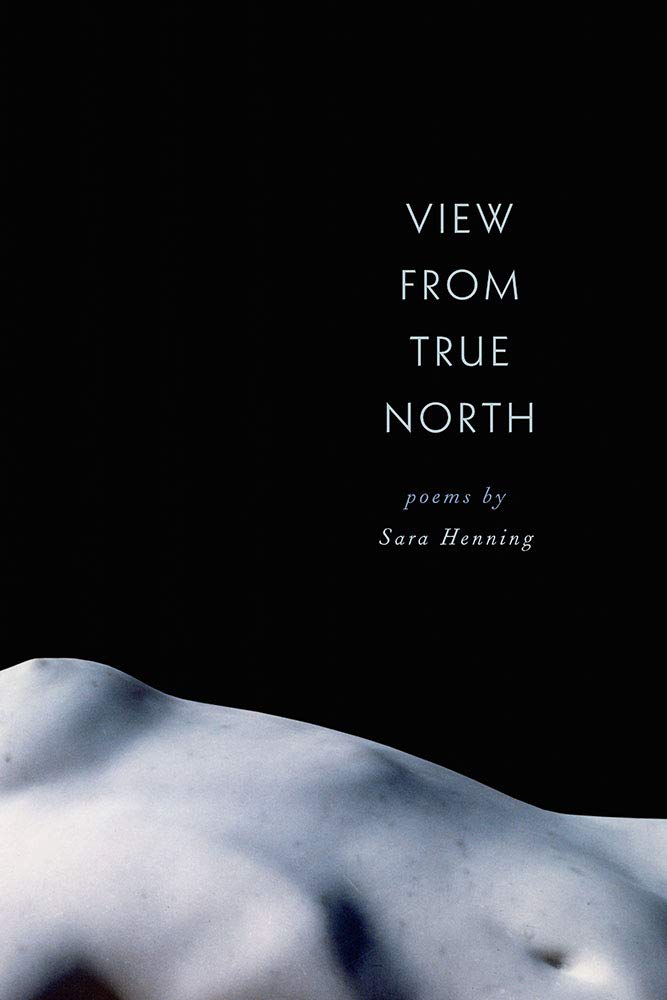