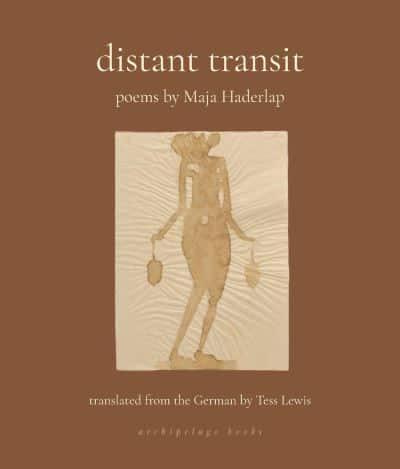 “…is there a zone of darkness between all language, / a black river that swallows words / and stories and transforms them?” Maja Haderlap’s poem “translation” asks (there are no capital letters in this book, so I will adhere to this style when quoting), and many of her poems seem to be reaching towards this zone, and towards displacement, even while professing a love for the language in which they are written. There are a number of dialects of Slovenian spoken, according to that bastion of truth, Wikipedia, in the region of Carinthia (where Haderlap was born), and the Slovenian-speaking people are a minority within the German-speaking majority of Austria, a region that has seen the rise and fall of countries and empires across many centuries. There is a longing for language in her poems, for its power, for all it can do, as a transformative force, and as the most precious storage of memory, both personal and cultural: “in this place language also comes to me / as a confidante who knows every secret…language opens / rotted doors, thrusts the dusty boards / from their brackets, reveals the buried stone. / it flies at my face like a flock of startled / swallows…”). At the same time, one also encounters an awareness of how quickly languages can disappear, or be abandoned, because of migrations, assimilation of peoples within other peoples, etc, a concept sometimes tied to a first person speaker in these lyrical poems (“…distraught bees buzz in the corridors / of my abandoned language…”). This loss of language, and its possibility, often exists in her language, and behind her language, sometimes tied to existence itself: “the names on street signs / vanished leaving only the ashes of letters…a hole gaped / where i once was. / where i am now, my shadow / runs to seed.” There is even the idea of a “voiceless poem,” as offered in “mute poem:” “has the voiceless poem slipped out of language / when it cradles me in its silence? lost in thought, / it wanders through my home, sets its composure aside, hangs my glances like lanterns / in the autumn garden…” The turn in that last sentence, from the personification of the voiceless poem, to the gently surrealistic simile, is characteristic of Hader, and her ability to charge even a familiar domestic space with magic. Other times, that magic consists of insights on the metaphysical, such as her speaker wondering about the nature of time in “summer day on the jaunfeld,” and sometimes it’s unfamiliar settings, like Mount Matajur, or a lagoon outside of Grado, Triest, or Venezia. In Haderlap’s hands, the place itself, or the geo-political fact of it, can be fluid, as in “borderlands,” which recounts the movement of a border, or in “goce return,” where “a village searches for the way back from / absence,” and the speaker remembers the ice blocks carried to Trieste in the bellies of ships, “the cargo clouded in / wintry breath that mirrored the moon.”

There are many small and delicate moments of the everyday in this collection, sometimes located within a distinct place (“madrid disparates”), sometimes not, as in a series of “house” poems (“house of desires,” “house of children at play,” “house of love”), and in shorter lyric poems with a first person speaker, such as “appassionata,” “love and grass,” and “summer skirmish.” I was glad that there were poems that made a place for happiness, for shared glances, for humor and warmth—this is a collection with wide emotional range, something that doesn’t seem common in poetry, at least at the present moment. And of course having said that, one of the poems that astonished me the most was an elegiac one, “my grandfather’s escape from the black sea,” in which the speaker attempts to follow her grandfather after he drowns: “when you fell and sank ever deeper, into / the darkest waters…did a current grab you or did you follow / your thoughts as they fled homeward / toward the alps…did you ever arrive…did you follow / that spawn run north to the subterranean / rivers that sank like you?”

The four-part sequence “carantania” begins with an invocation by Michael Ondaatje, from Handwriting: “We began with myths and later included actual events.” I took this as a signal that Haderlap would proceed in a similar fashion, but the poem unfolds in a style all her own, part fable, part history, part surreal dream: “it began with the drift out of the ovum / of the world of ravenna, when they believed themselves / near the golfus occidentalis and west / of thrace. syria hovered over / their rapturous heads, continents / floated past like opalescent fish. / then the first slavic king appeared…” Haderlap has a gift for humor, and the fantastic deeds the poem attributes to this king, and the ones who followed, are soon followed by more pedestrian ones, a gentle undermining of this patriarchy: “the first crossed / the border near thörl disguised as venus / and was exposed as a singer. the second rolled / out of a wine barrel in wittenberg and made / a career as a bible salesman.” This sequence finishes with the people, a minority within the country, raising a language out of the soil, which become both spears and protective armor. It’s a conclusion that, without the strangeness, the dreaminess, and the myth and humor that preceded it, might be read as something approaching trite, or Disneyian. Yet the sequence, early in the collection, also sets up a later suite of quasi-mythical poems about a king (“king matjaz visits his village,” “village king,” “king impersonator”), and by tying the cultivation of language to the landscape and the land, in turn prepares the reader for poems  that give voice to thistles and rageweed (“in the scraggiest field have I put down roots / and strangled the anger in my blossom-throat”).

Chelsea and I were recently asked by a friend how we go about choosing which books to review, which is, for us, one of those impossible questions to answer; much like the question, why write poetry? But there are books that I seem to keep returning to after I read—poetry which continues to resonate, for whatever reason, across the days and weeks and months. Maja Haderlap’s—a grimoire stitched together with both longing and absences, with tongues and vowels uttered and forgotten, with languages cast upon rivers and carried away—is one of those books.

Alias Eric Pankey Free Verse Editions, Parlor Press 2020   Not to be confused with the television show of the…