In the opening poem of Nightingale, Paisley Rekdal writes, “The tree traffics / in a singular astonishment, its gold tongues / lolling out a song so rich and sweet, the notes / are left to rot upon the pavement.” The image of this tree in its cyclical transformation fuses many of the collection’s major themes: beauty, fecundity, violence, death. The “gold tongues” of fruit—a crucial metaphor since Philomela’s tongue is the silence at the center of the book—are “rich and sweet,” adjectives that could describe either sound or taste—but they are abandoned “to rot upon the pavement” into a silence that is both the inevitable result of the tree’s springtime bloom and necessary to the next stage of its transformation.

Rekdal’s look at transformation is so arresting because her gaze never flinches; she’s stubbornly unsentimental. “Poetry,” she writes, “strains to constrain suffering. It suggests, but rarely achieves, the redress we desire.” Transformation always involves suffering, which complicates our relation to it—do we invite it? Do we alleviate it? But Rekdal’s tone is not cynical, nor does she lack hope. In her hands, even the “transformed” figures of Ovid’s Metamorphoses—Io, Tiresias, Procne, Philomela, who is central to the book—transform further, emblems of literature’s dynamism. They suggest that the power of narrative is not its fixity but its pliability. And this pliability happens through long narrative poems, which enact the slow unfolding of transformation, which is often agony, never instantaneous. Rekdal explores transformation as renewal, as destruction, as embodied over transcendent, never yielding to the cliché of death as the ultimate transformation.

“Io” is a poem about a woman who has been transformed—deformed?—into a quadriplegic by a bike accident, her body no longer “the source of pleasure / but constant pain, a dim prickling / in thighs and feet, phantom / throbbings.” In the poem, the disabled woman recalls Io’s fate, and though she can’t remember if the tale “was meant first either / as a moral or a comedy,” she remembers that Io is inwardly human, outwardly bovine, unmatched, flooded with “a hunger / she could never satisfy with grass.” This dissonant existence belongs to her now, as she is now filled with desire for her partner, Jane, but unable to embrace her, even to explain how she feels. Loss “was built into the equation of any body: / the waning mind, waning desire, the flicker / of a life just fading into the distance,” but her loss of body preserves her mind, a keener loss, an imperfect transformation.

Rekdal does not simply translate Ovid’s myths into contemporary settings. As in “Io,” some poems feature a character who reflects on the original myth, but other poems perform a loose, not-quite allegorical retelling, in which the title is the only reference to Ovid, illuminating the poem just enough for us to have a distant tableau by which to make sense of the characters and events. “Characters” and “events”—two words more often associated with fiction than with poetry, but the storytelling poems of Nightingale are expansive, and Rekdal has developed the figures well enough that it’s hard to call them anything but characters. “Philomela” is one such poem. Among classical myths, Philomela’s story is one of the most disturbing and unforgettable—most (literally) unspeakable. But Rekdal’s reimagined Philomela-figure does not have her tongue cut from her mouth; in fact, the rape she suffers happens offstage, in the past, suggested only in the lines,

…her last date in college

had hissed, “You think

you’re so fucking pretty,” spitting it

into her face so that she’d had to turn

her cheek to wipe it, which was when

he’d grabbed her arm, pinning her—

Instead, the poem focuses on the woman’s ensuing, secret trauma, parsing the moment she visits her cousin’s art gallery, where she sees a sculpture depicting a man who grasps a struggling woman “by the waist, the thin body writhing, / frozen in his arms.” Sexual violence as art, as unavoidable, as frozen in time as the woman is by her attacker. In Nightingale, “Philomela” precedes a braided essay that weaves together meditation upon the classical myth, etymological inquiry, and Rekdal’s first person narrative of being attacked as a young woman traveling in Scotland. The essay is searing, deftly wrought, and illuminates every poem in the book, especially “Philomela.” Of Ovid’s tale, Rekdal writes,

There is no scream after the tongue is cut, but would we hear a cry? Philomela screams only in the text, thus in our minds: in that, her body and our own do not communicate. We cannot hear her…She begs for help we can never give. It is absurd to suggest we could. In that sense, she never needed a tongue to scream for help. She never had one.

Essential, then, and beside the point, that Rekdal’s Philomela does not suffer a parallel version of the infamous mutilation: she doesn’t have to. The act of sexual violence is itself a silencing act, “something that exists between words,” as Rekdal describes it, to which we, the outsiders, remain both willfully and inadvertently deaf.

Hope, in this book, is not quite comfort. It’s not strictly forward-looking, though neither is it only memory, because trauma lives in memory. Hope is skittish, reticent, but perhaps could be the idea that we possess the possibility for intimacy, even, sometimes, achieve it—in language, in body, in song. This shines through in “Telling the Wasps,” one of the most stunning, moving poems in the book, an elegy. “It wasn’t the bees I thought to tell but wasps / the evening you died,” the poem begins. The speaker resists the easier comfort of bees who would cross over “to the underworld bearing sweetness / on their wings.” She resists believing a comfort could so quickly attend death. Instead, she wraps herself in mourning and makes it a space in which to live, in which to renegotiate herself, entering, again, into the anguish of transformation.

I wanted to believe

this world would be our only one:

what other streams could run more cold,

what trees bloom with darker fruit?

I was happy here once, as were you.

I wanted to stay and grieve in the failing world

where we were human together. 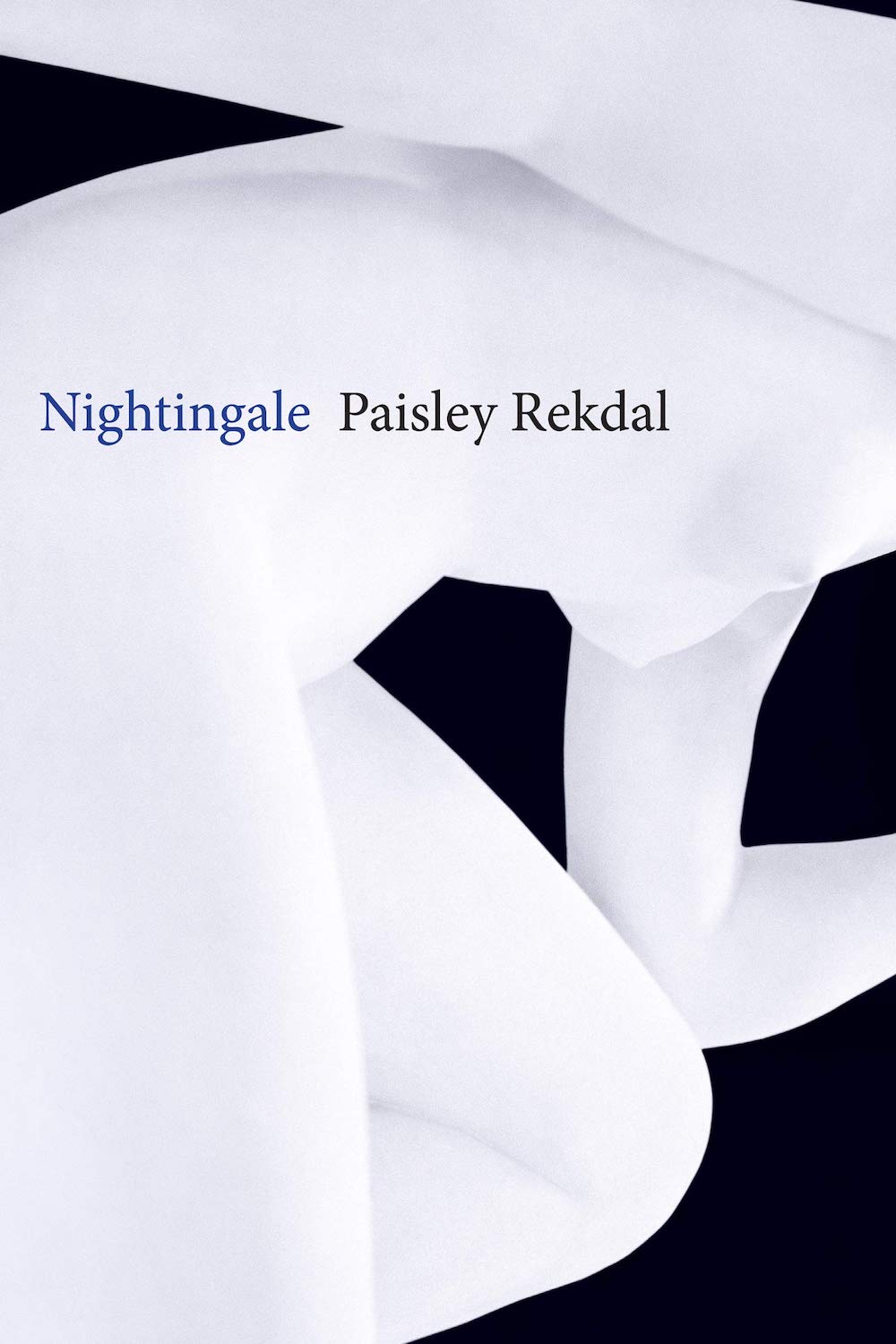 Alias Eric Pankey Free Verse Editions, Parlor Press 2020   Not to be confused with the television show of the…